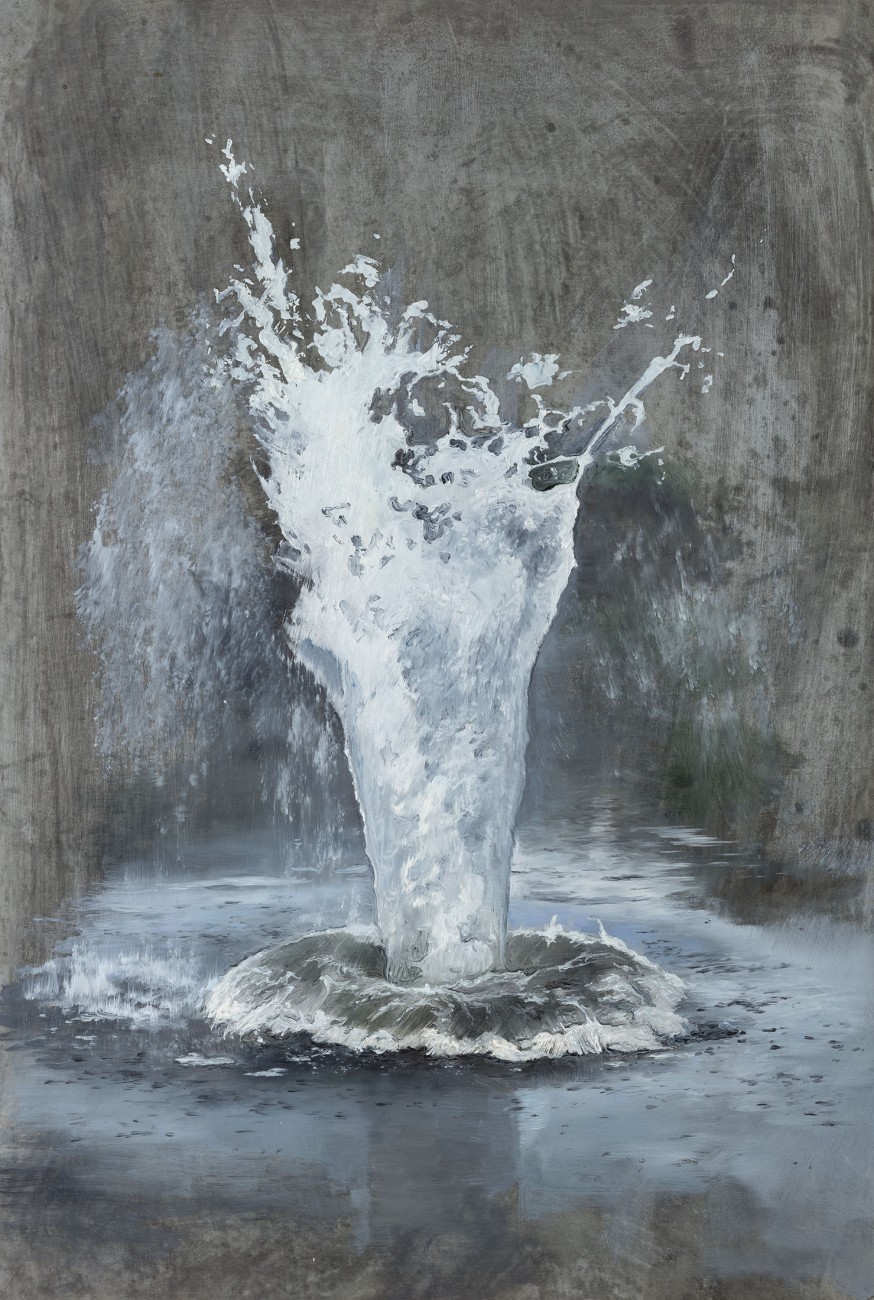 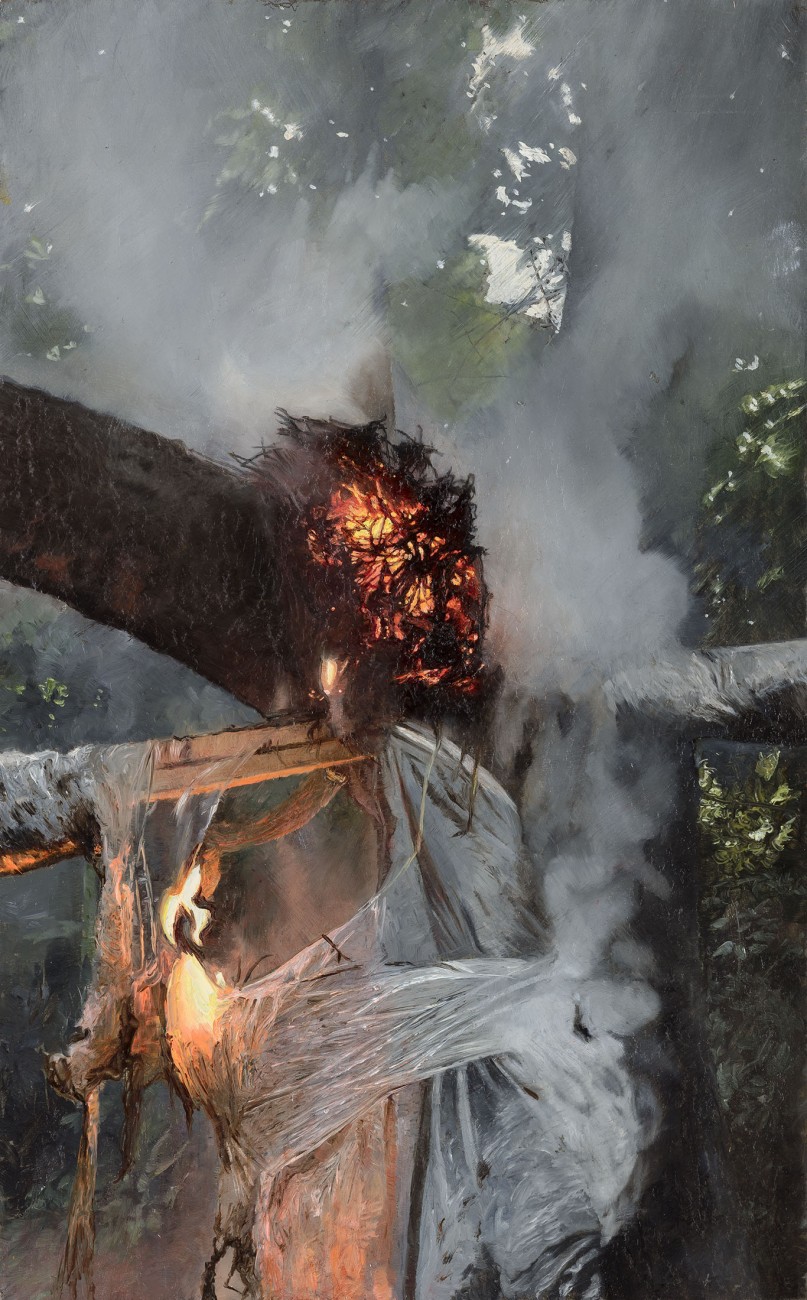 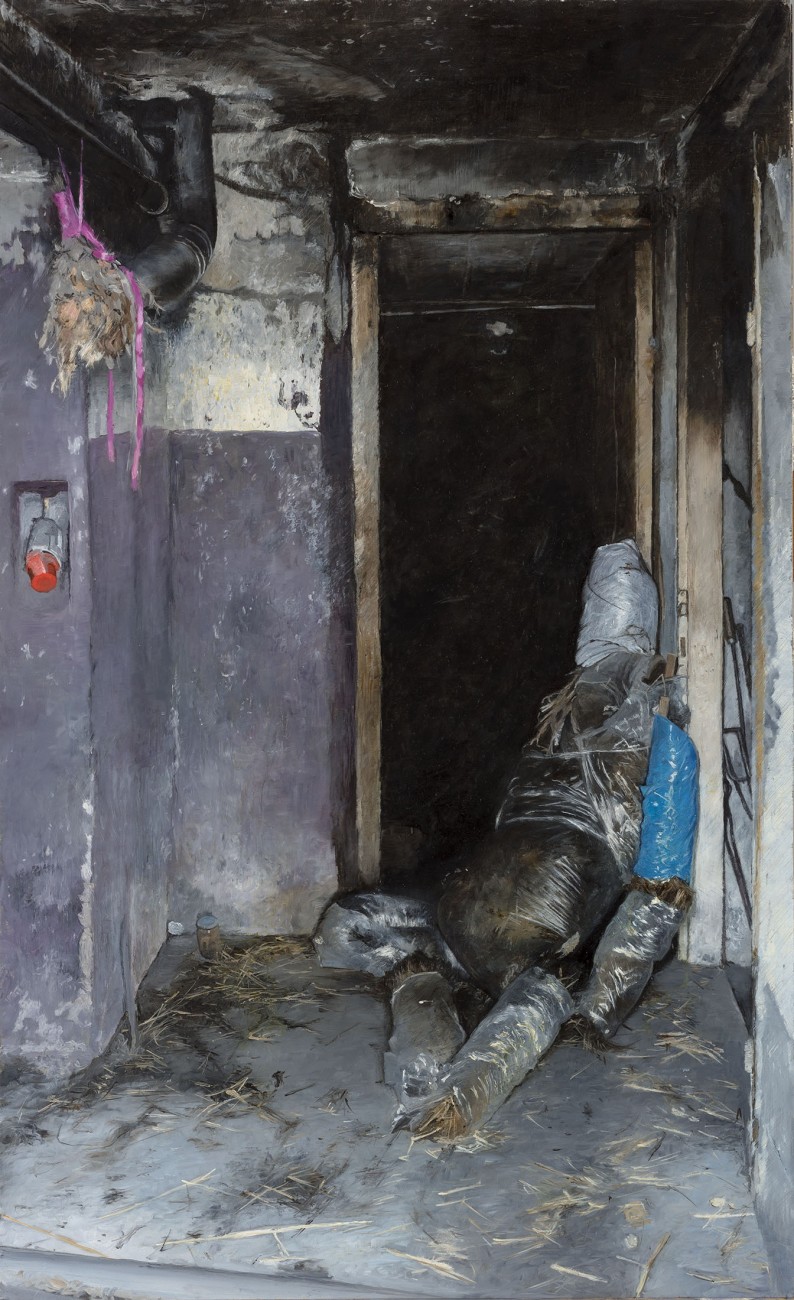 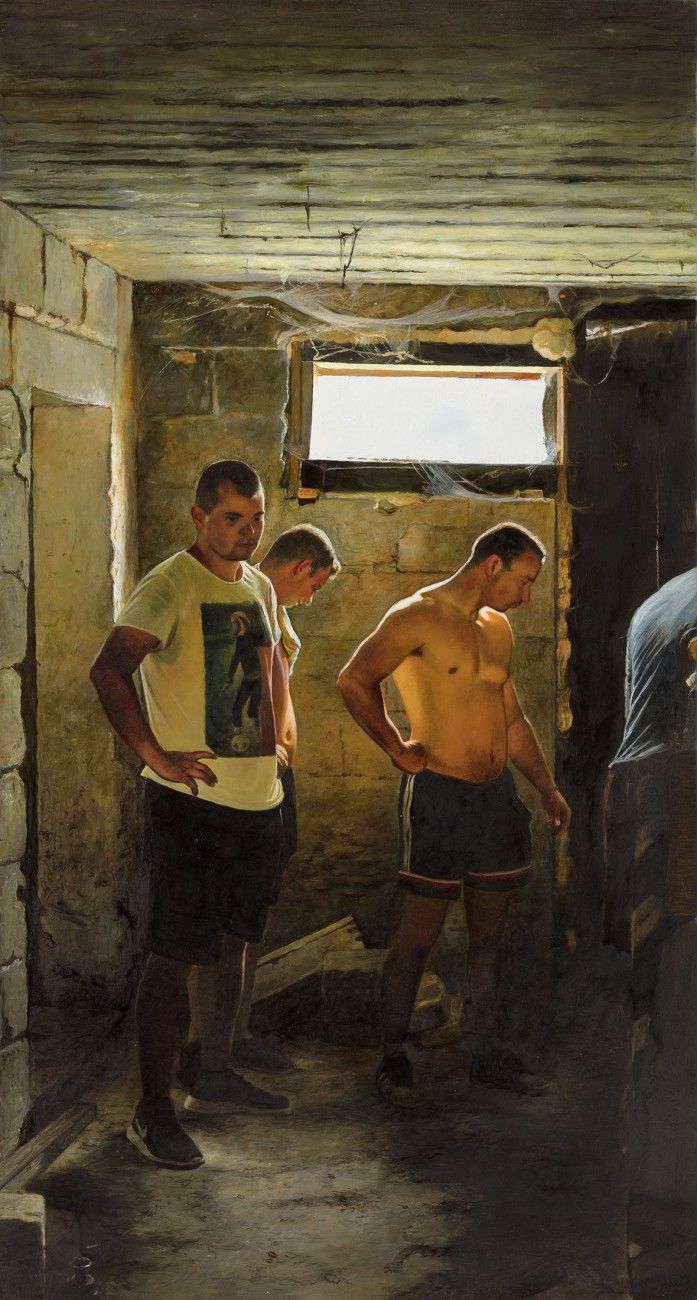 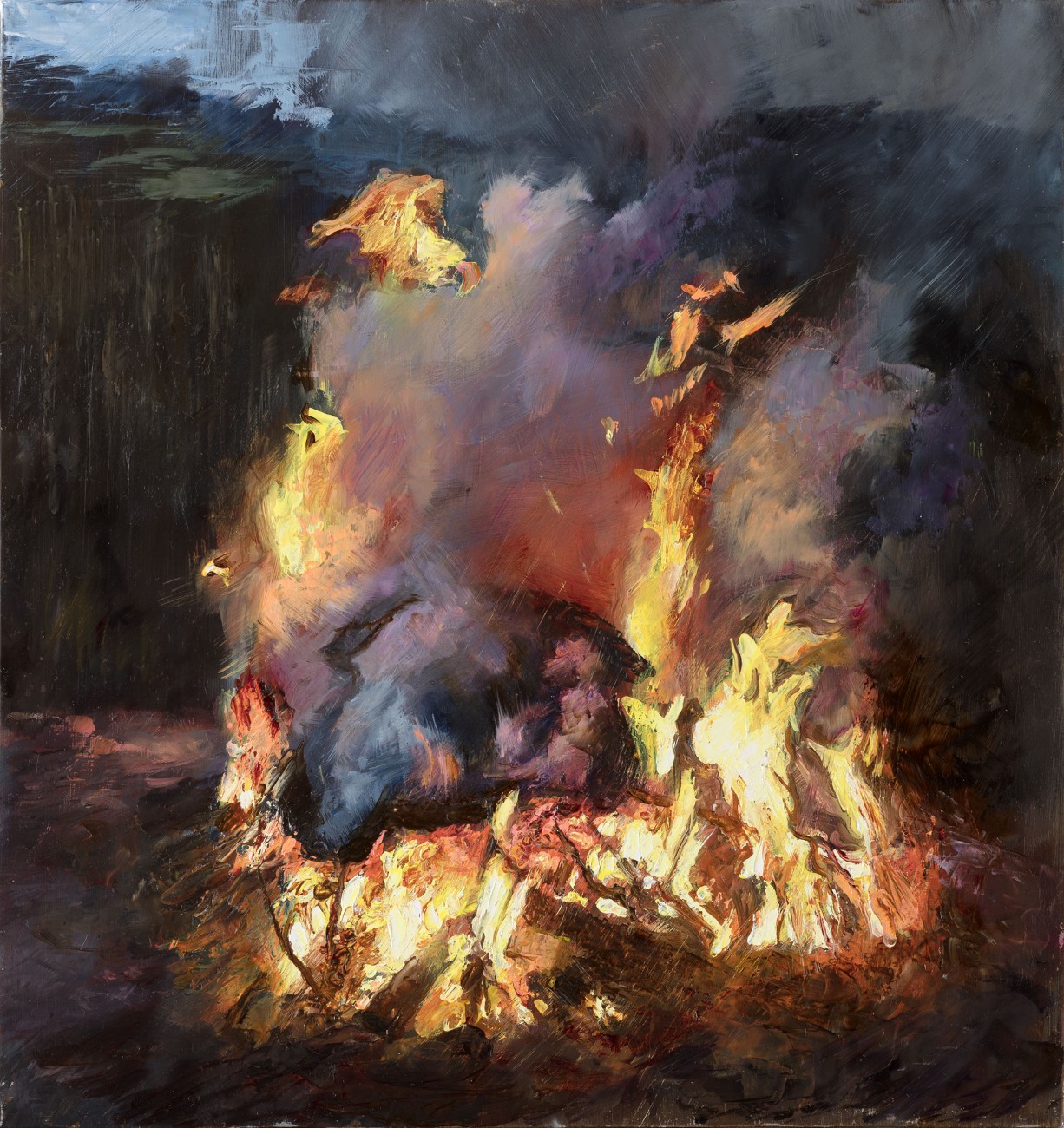 The eponymous haze is an optical phenomenon in which light filters through layers of fog, smoke or dust suspended in the air. Karol Palczak is a careful observer of his surroundings. Krzywcza, the village in the Podkarpacie region where he lives, appears in his paintings as an epic landscape of the Dynowskie Foothill on the San River, a void left by the multicultural Orthodox-Jewish-Catholic community that historically inhabited the area. Whereas contemporarily, tensions in a community whose values have become dominant in Poland, although this has not freed it from economic exclusion nor has extinguished its anxiety.

In the first part we show views of the courtyard of the artist's home. The precisely reconstructed topography and details of the microcosm, where traditional lifestyle, so close to declining nature, mix with unfinished modernization, are filtered through an extraordinary sensitivity and visual acuity. In this extreme realism there is no coincidence or seduction by technical prowess or casual detail. As with the great pioneer of realism Gustave Courbet, the painting is precisely constructed - the perfection of form, the choice of subject, the set of references leads to a penetrating diagnosis of this place and time. Realistically rendered characters of the provincial Funeral at Ornans (1849-50) not only entered the scene of the Parisian salon where the painting was exhibited, but appeared there as a new political subject. A neglected backyard, old snow, a barn door, a blind dog on a chain, a fading light bulb, coal, an abandoned car or a broken boiler constitute realistically recreated elements of the artist's immediate environment. The paintings, extremely meticulous, painted on thin metal sheets nailed to a board, in an old technique referring to the Sarmatian coffin portrait are testimony to existential anxiety, fear, but also to the awareness of representing the group whose story is being created.

A separate set of works is constituted by portraits of young men hanging around the farmyard, busy with small jobs, fascinated by their mutual interaction, functioning together. They are painted extremely subtly, even tenderly, but as always with a hyper-focused vision. Lost, sensing the unreality of their fantasy of masculinity in this semi-deserted surroundings.

In the next part of the exhibition we present paintings created on the basis of short films shot by the artist as well as the footage from which they are deriving. Together with his colleagues, Palczak arranges short scenes, semi absurd actions, which are meant to break the stillness inherent in the Podkarpackie region landscape. The cinematic action introduces the much desired dynamics straight out of gore films: games with firecrackers and stones thrown into the water, burning cars` wrecks, burning human puppets, old willows set on fire. Actions that are seemingly mindless, laced with violence and carrying a premonition of cruelty seem to be a desperate way of seeking agency, to break the stagnation, thick as the academic sauces with

which the artist operates with such a virtuosity. The guys are looking for excitement, action, a place in a world that does not need them, and Palczak, recording their joint actions, seeks an image to reflect this state. Ultimately, the paintings are distinguished by a remarkable ability to convey the emotion that accompanies the transformation of his environment, nature and people. Like in the films of the French representative of extreme naturalism, Bruno Dumont, the emotional truth is given an autonomous voice. And even though it is not proper or even rationally comprehensible, it exists and guides life. Karol Palczak has captured it in his paintings.

Karol Palczak was born in 1987 in Przemyśl. He graduated from the Academy of Fine Arts in Krakow in 2015, where he studied painting in the studio of Professor Janusz Matuszewski. In 2019, he was awarded the Grand Prix of the 44th Bielska Jesień Painting Biennale. In 2021, his monographic exhibition "With what I see now" took place at the Bielska Galeria BWA in Bielsko-Biała, presented the same year also at the BWA Tarnów gallery. His monographic exhibitions were also held, among others, at the Gallery of the Academy of Fine Arts in Krakow in 2021 and at the Promotional Gallery in Warsaw in 2019. 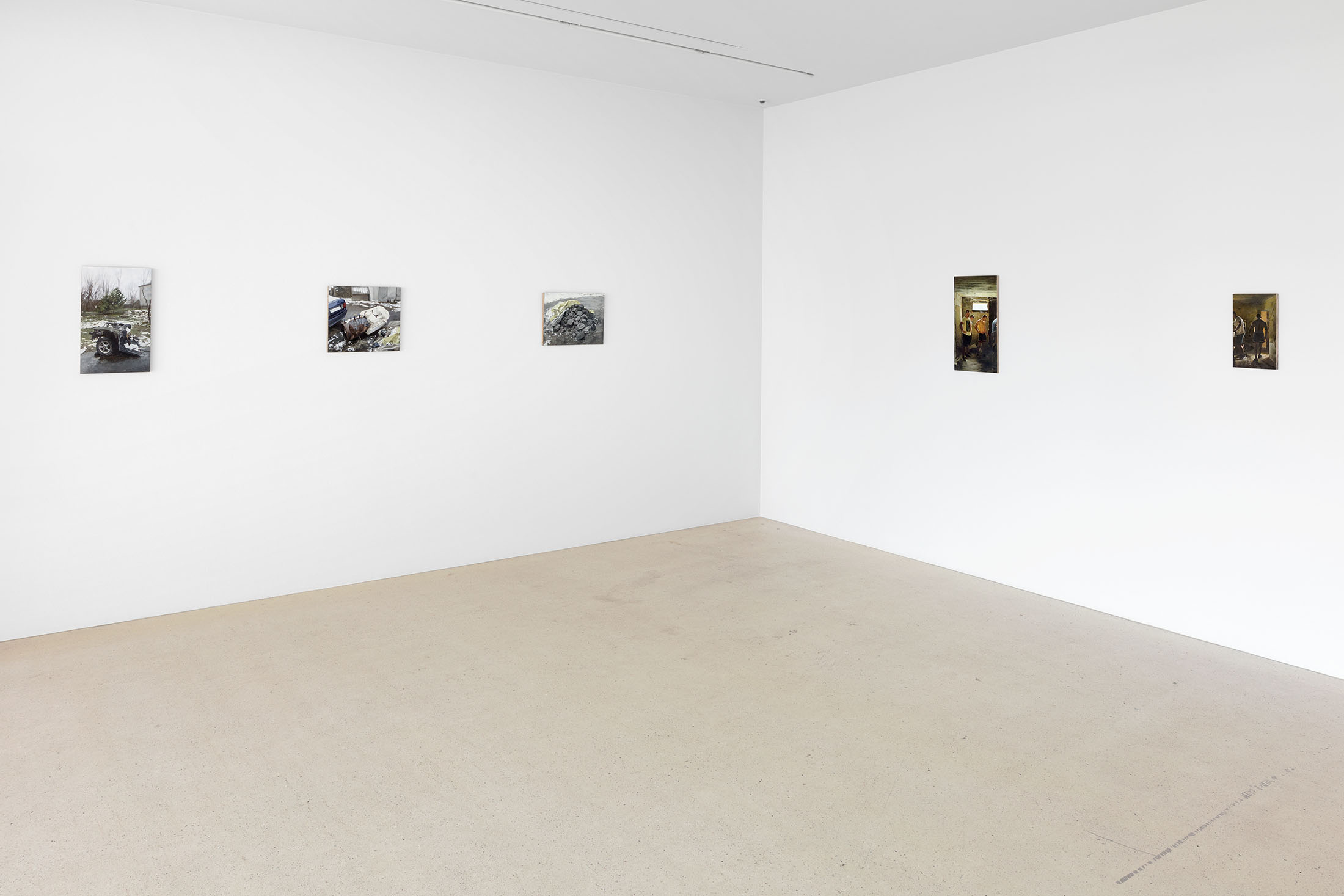 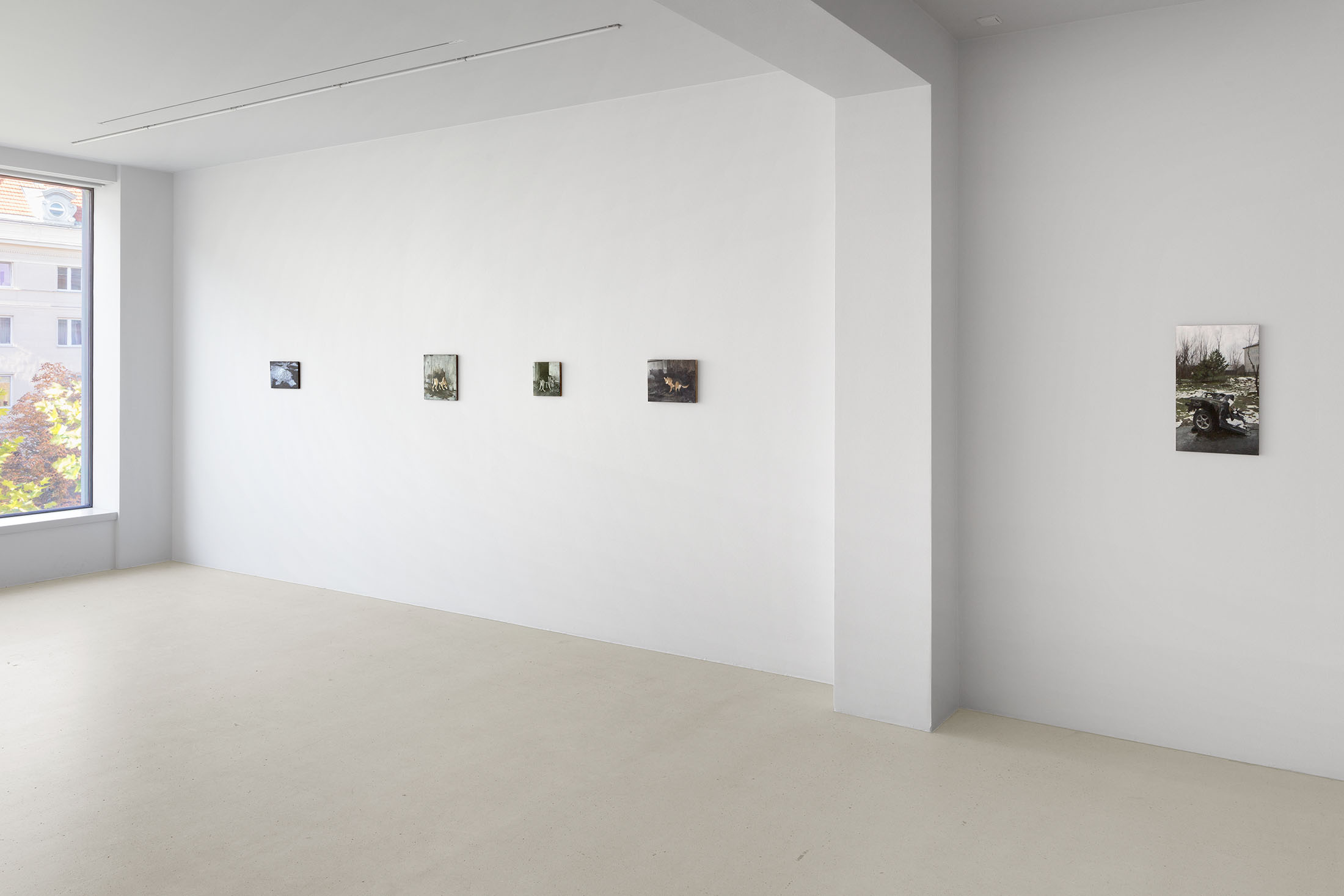 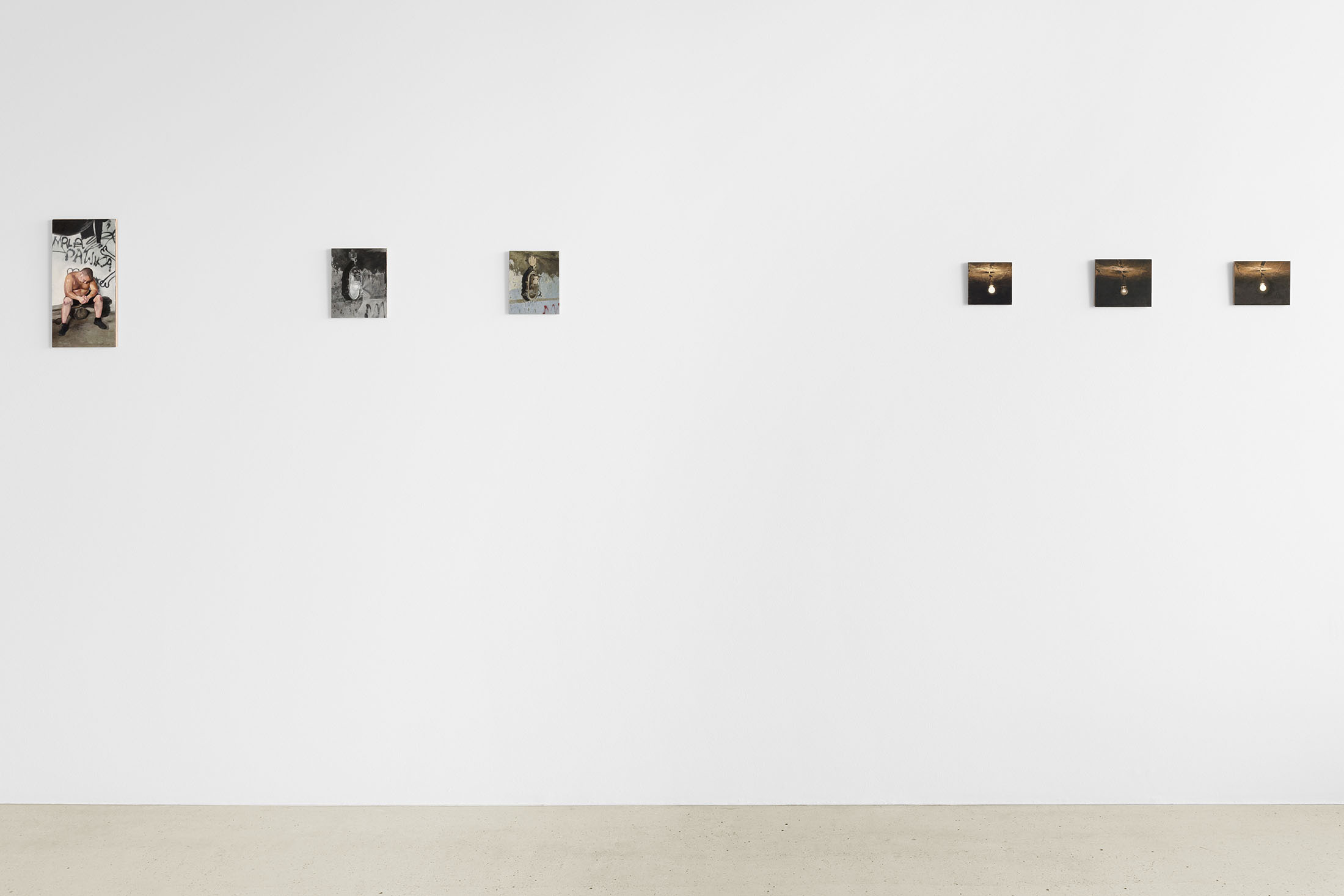 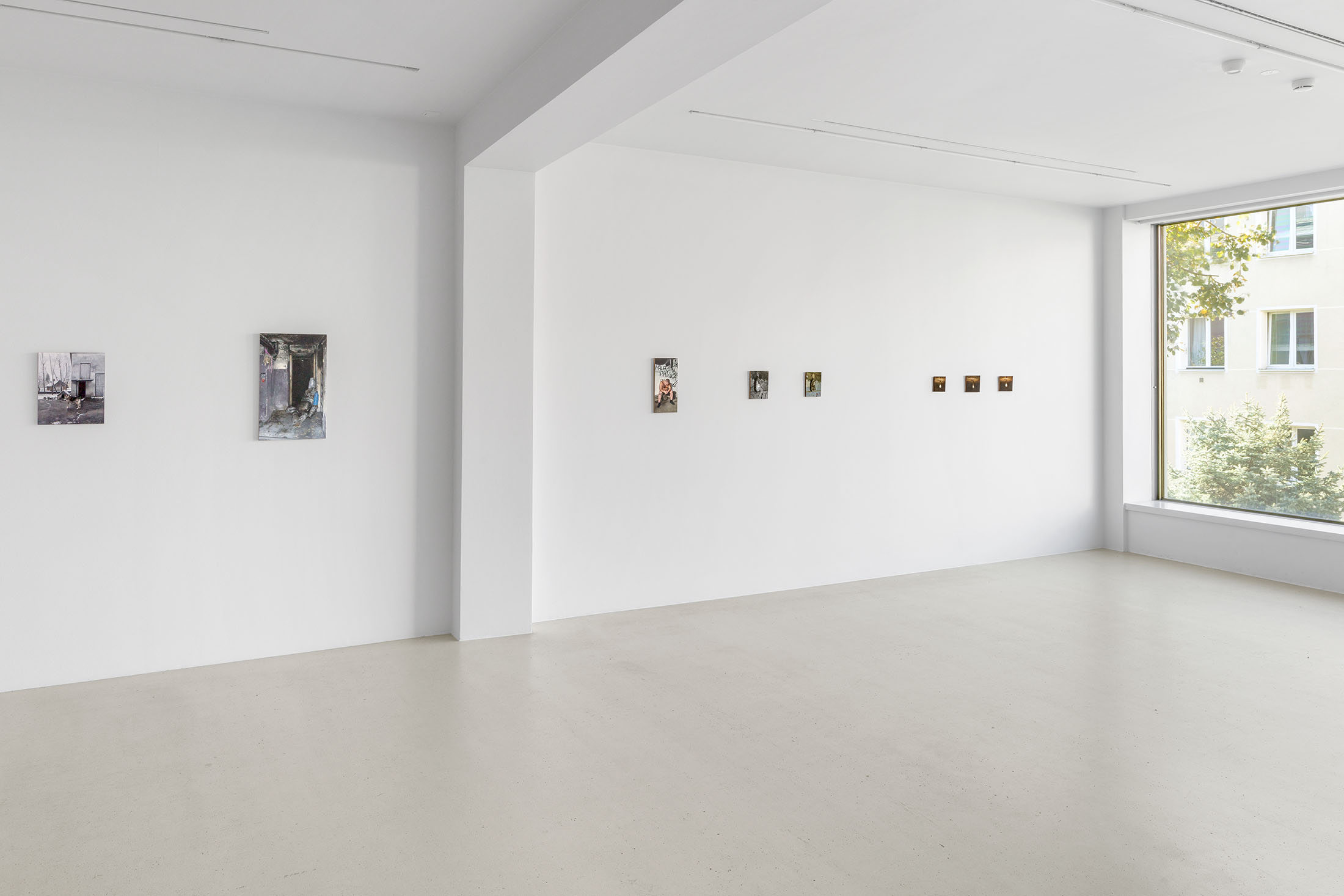 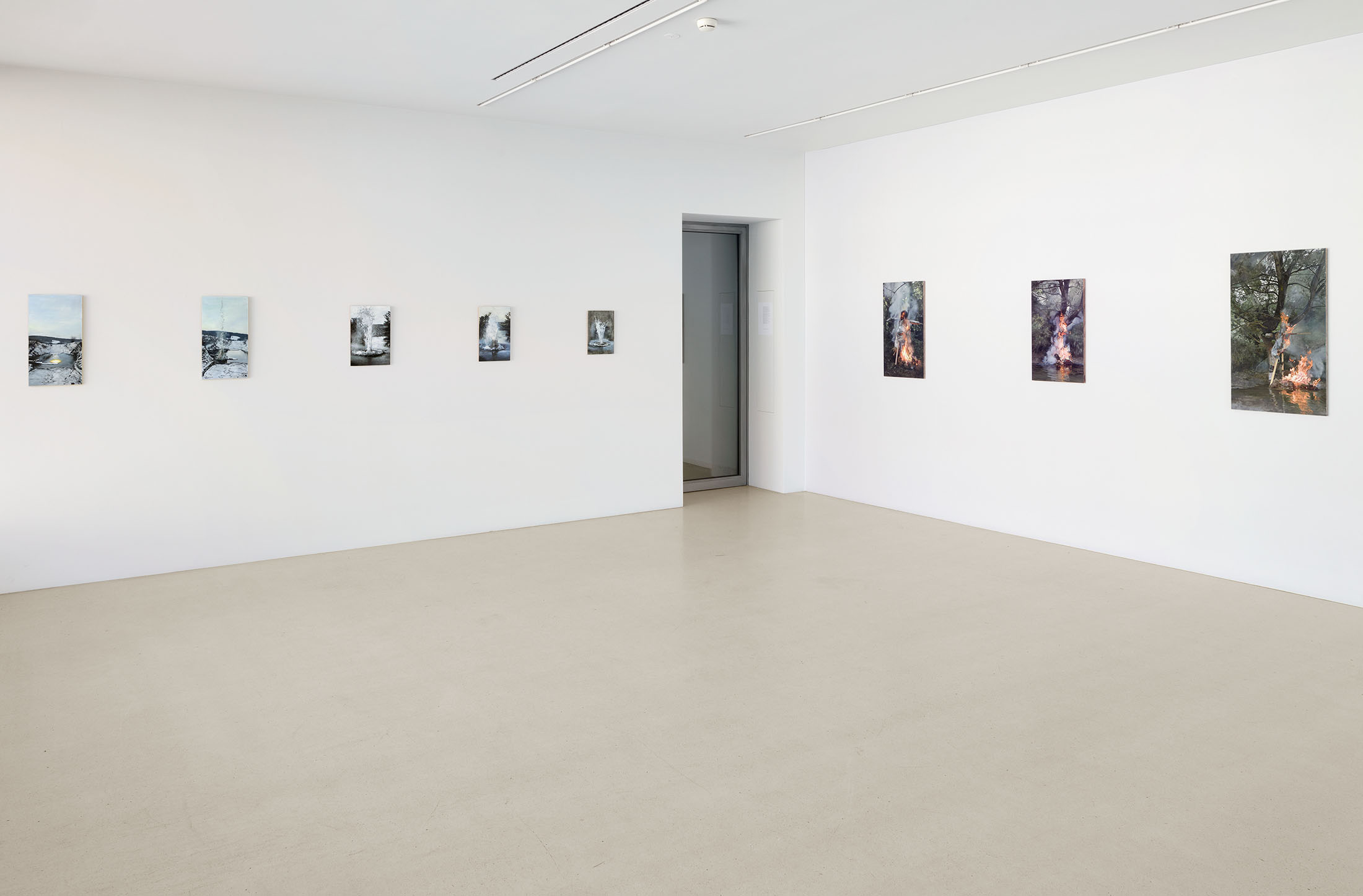 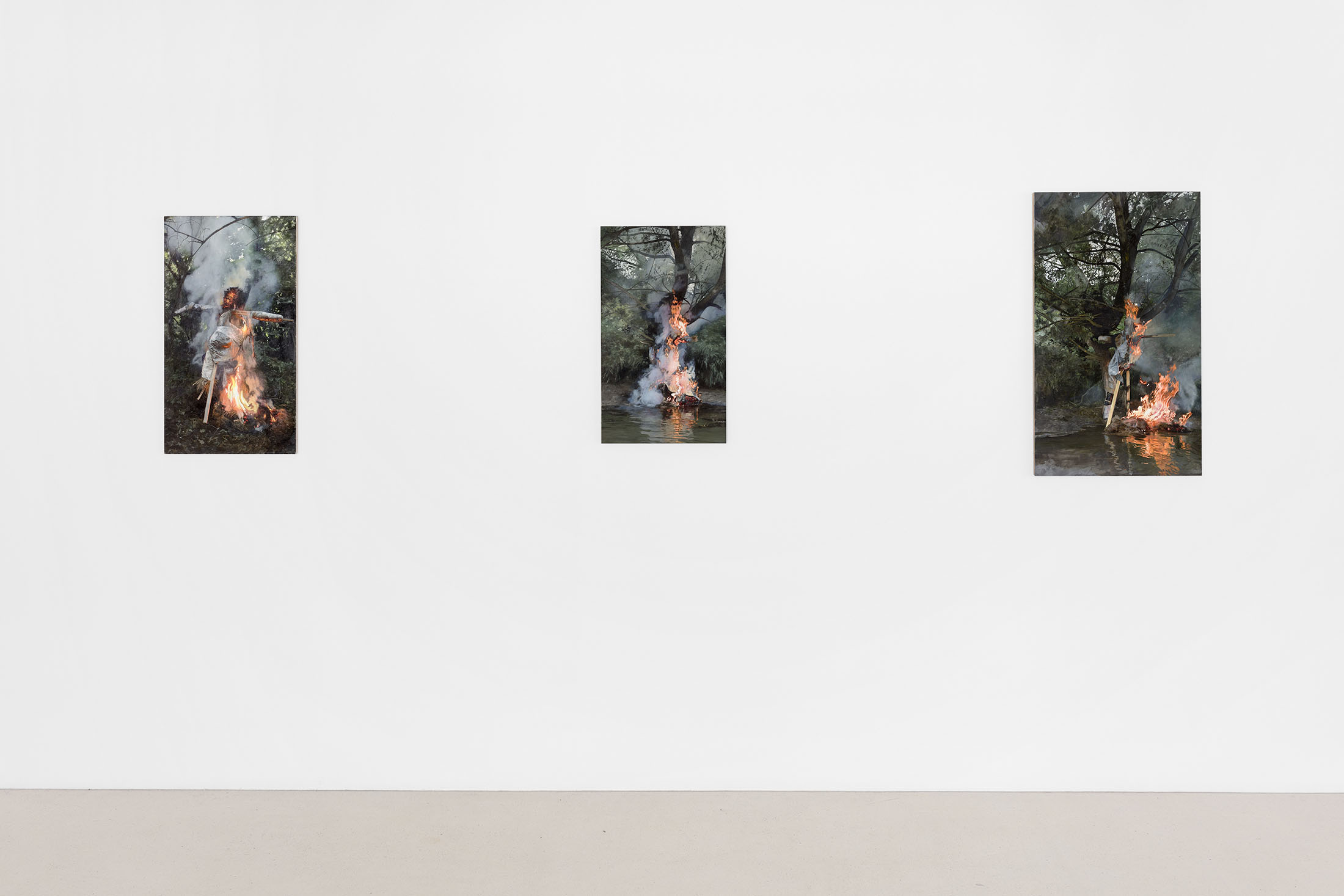 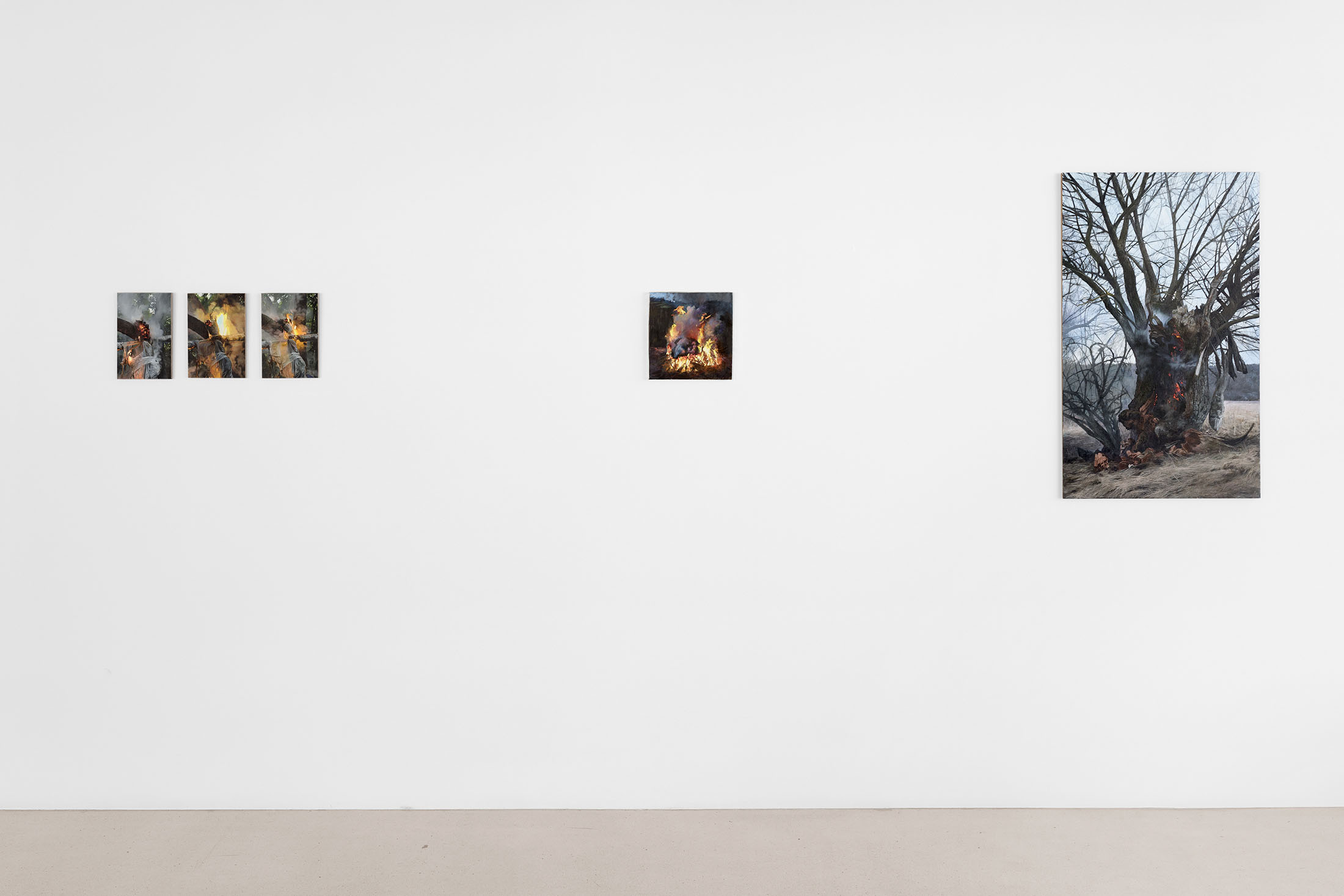 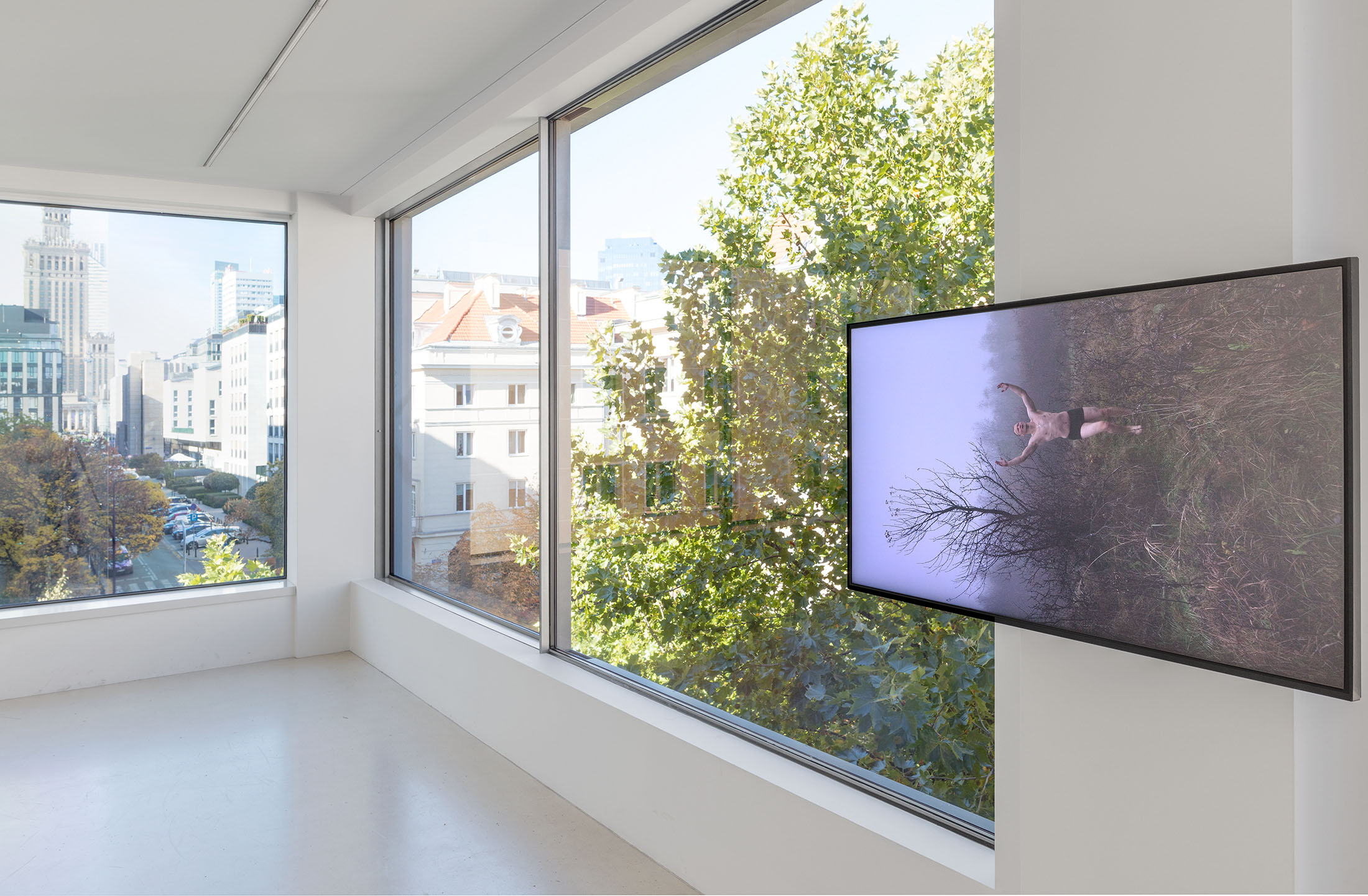 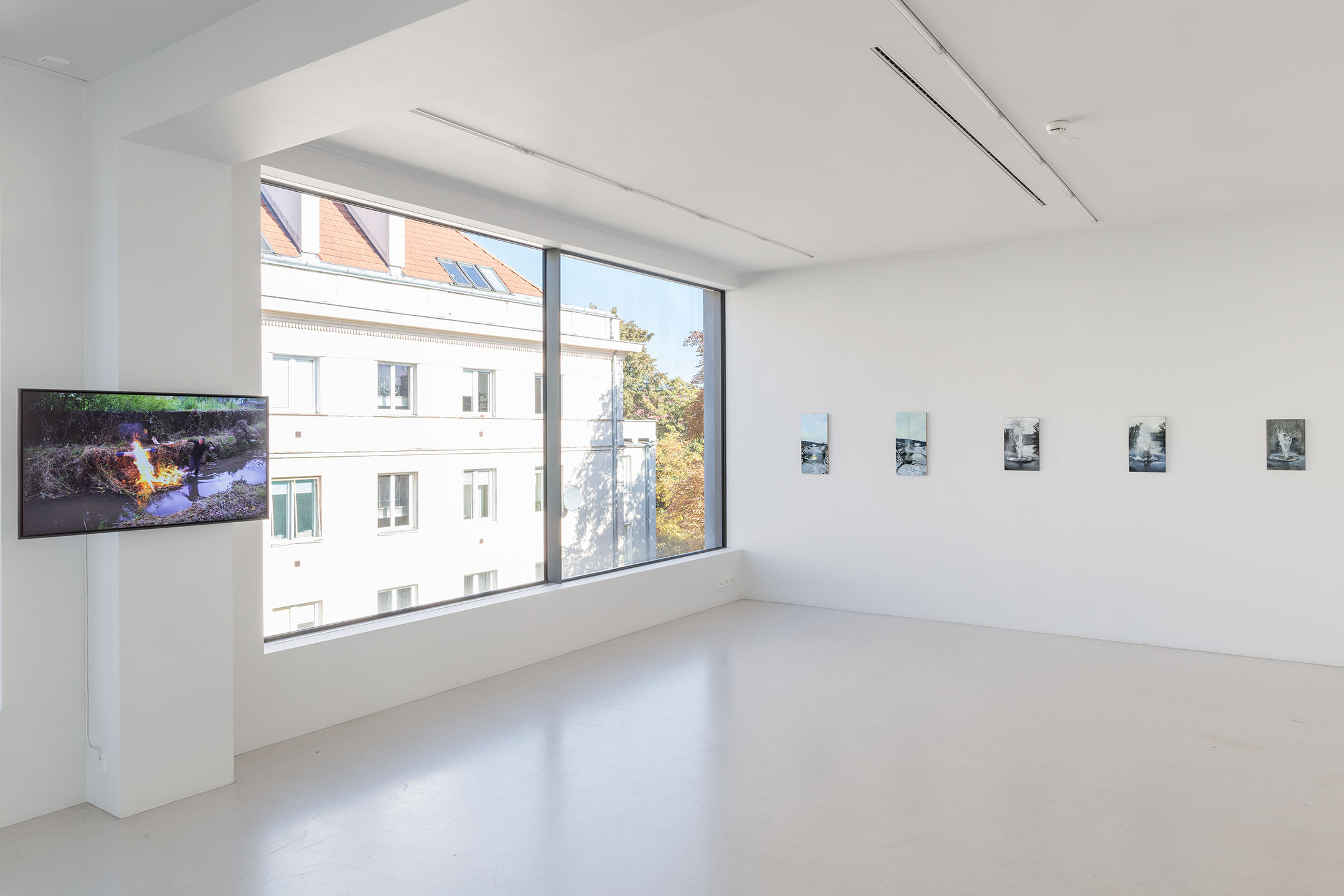 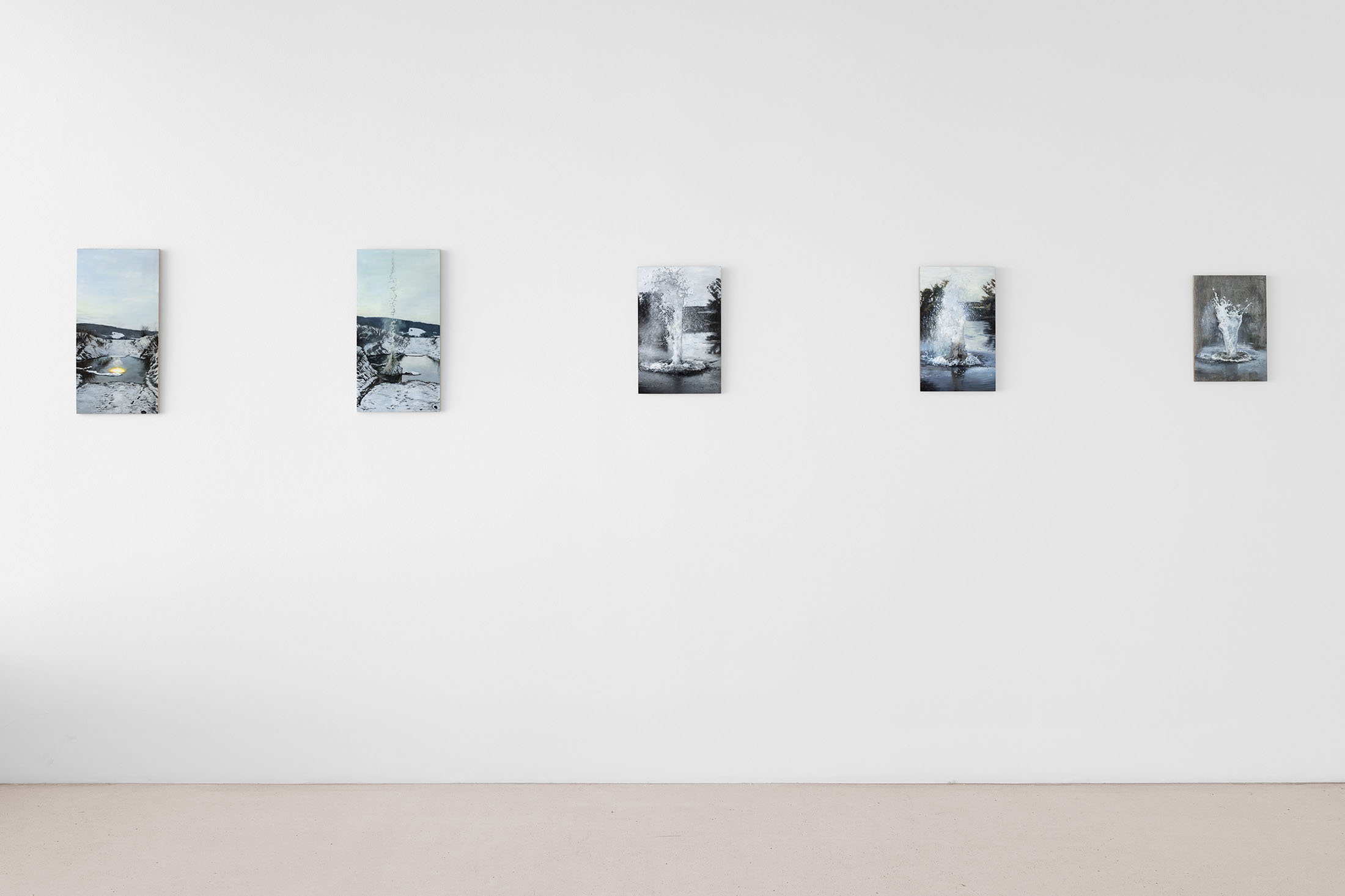